Please see below for more stunning images of some of the many bird species from our survey.

"Cut ... cut ... cut," Carmen Williams says quietly as we drive slowly along a side road in Nova Scotia, indicating the area of almost 400 acres of public land outside of Lockeport, Nova Scotia currently slated for clearcut. One of 49 sites to be clearcut in the region this season alone.

We are on Nova Scotia's spectacular South Shore, known for its sandy beaches, seaside towns, Kejimkujik National Park, and lobster. It is evening and the mosquitoes are so thick we have to listen to hear bird calls above the droning when we stop.

The forest here is not old growth. It's been cut several times since colonization, the last time about 50 years ago. Still, you see nice stands of mixed forest, the beginnings of the type of Acadian forest that dominated this region hundreds of years ago. An almost fantastical forest given the forest that dominates Nova Scotia's landscape now.

Forestry in Nova Scotia has hit a crisis point in the last year or so for several reasons, and individuals and community groups are literally taking to the woods and the courts to stop clearcuts.

Not that clearcutting is new to Nova Scotia. Like many places in Canada, clearcutting to feed pulp mills is the priority for government-funded forestry science and policy. The cycle for most on Nova Scotia's forestry is clearcut-plant (with softwoods for pulp)-spray (to stop hardwoods)-clearcut again.

But in recent years things have gone from bad to worse for Nova Scotia's forests and rural communities. Provincial commitments to reduce clearcutting and ban pesticide spraying have been bulldozed by successive provincial governments.

The pulp forestry industry has also been under the microscope for creating the Boat Harbour toxic lagoon near Pictou Landing First Nation, a blatant example of environmental racism.

Northern Pulp's proposed alternative - to dump effluent into the Northumberland Strait in the Gulf of St. Lawrence instead of Boat Harbour -  has triggered massive community opposition. With its successive failures to respect community demands and a severely flawed environmental impact statement on its proposed waste treatment plan, the struggle to protect Boat Harbour and the Northumberland Strait has also opened people's eyes to the hubris of the pulp industry when it comes to the communities in which they operate.

In the meantime, the recent UN report warning that a million species face extinction worldwide and in response to the climate emergency, people in rural areas of Nova Scotia have looked at scars from clearcuts in a whole new light. Trees and intact ecosystems may be our last hope against the oncoming climate catastrophe.

A recent independent expert report on forestry in Nova Scotia, the Lahey Report, proposes a focus on ecological forestry practices. . The provincial  government has committed to implementing the findings of the Lahey report, but this has not happened yet on the ground. And since previous commitments have been ignored by successive governments, there is reason to be skeptical that the voices of citizens will be heard above that of the clearcut forestry industry.

The Migratory Birds Convention Act forbids cutting of forests where breeding birds are present. In forests to the north and west of here, in Annapolis County, a sighting of chimney swifts and the nest of a tiny magnolia warbler have forced the provincial Minister of Lands and Forestry Iain Rankin to call off clearcuts while these birds are present. Sadly, for the forests and for the birds, nothing prevents clearcuts after the birds are finished breeding - but respecting the Act would seem to be the lowest bar we should attain. Except we aren’t.

A study released in 2013 estimated that between 18,000-159,000 breeding bird nests with young are destroyed every year in Nova Scotia by forestry. The total for Canada ranges from 214,000 - 1.6 million nests destroyed by forestry each year. The large range of estimates damage is partly a consequence of how little information is collected regarding where birds are nesting in our forests.

The only way the Nova Scotia government would know for sure breeding birds were present before a cut is if a forestry worker identified them based on ID cards in the cabs of their trucks. Not exactly the best way to ID birds.

Minister Rankin has refused to even meet with community members who are trying to stop clearcutting in Southwest Nova Scotia, in spite of three petitions asking him to do so. Minister Rankin's latest missive to citizens has indicated they need solid “science” to get him to listen to their concerns.

That is why we are here with Carmen to look for what could be the last fragile vanguard against clearcutting of intact forests in Canada. Not the mighty endangered Mainland moose – which are known to inhabit these lands - but eggs, and the birds that are tending to those eggs and tiny fledglings that hatch out of them, and who require needing non-stop feeding and protection on the part of their parents.

According to the Canadian Wildlife Service:

In order to help ensure that you are complying with the Migratory Birds Convention Act, 1994 and the Migratory Birds Regulations, you should first determine the likelihood of the presence of migratory birds and their nests or eggs when planning activities to be carried out. It is recommended to use a scientifically sound approach that considers the available bird habitats, the migratory bird species likely to be encountered in such habitats, and the likely time period of encounters.

The Maritimes Breeding Bird Atlas: Guide for Atlassers contains protocols that indicate birds calling and birds carrying food for their young are “possible” and "confirmed" signs of breeding, respectively. Of course, a nest with eggs would be conclusive proof that birds were breeding, but it is critical not to disturb nesting birds and fledglings, so we focussed on listening and watching.

Carmen has over 35 years of experience birding as do fellow experts Mark Butler, Russel Crosby, and Chris Curry who accompany us. Collectively, the group represented over 160+ years of birding knowledge. We set out in the (less buggy) morning  to make two transects in the forest to determine if nesting birds could be detected.

Every 100 metres, we stopped, listened, and watched for birds, recording what we heard and if the birds showed signs that they were nesting. In each team we had a record-keeper and at least two expert birders. With the benefit of years of experience identifying birds, the same methods could be applied to any forest across the country that is under threat.

In our survey along approximately 2 km transect, we saw and heard 31 species of birds, many of them singing, two of which were carrying food. Of these 31 species, 25 should be protected under the Migratory Birds Convention Act.

If the land here is clearcut, these birds, their nests, and their young will be wiped out.

However, given the lack of accurate monitoring for breeding birds in Canada and forestry practices that truly protect the ecological integrity of our forests, the Migratory Birds Convention Act is being violated. By our inability and unwillingness to get out of the clearcutting machine.

And truly listen to the forest. 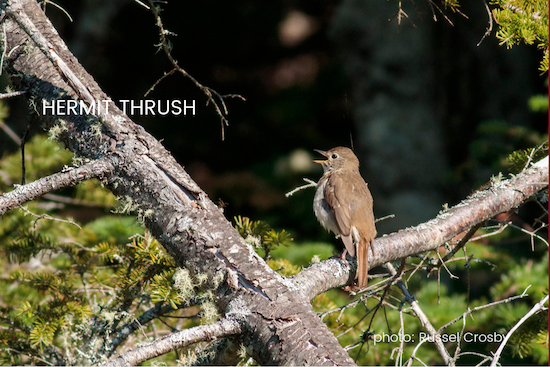 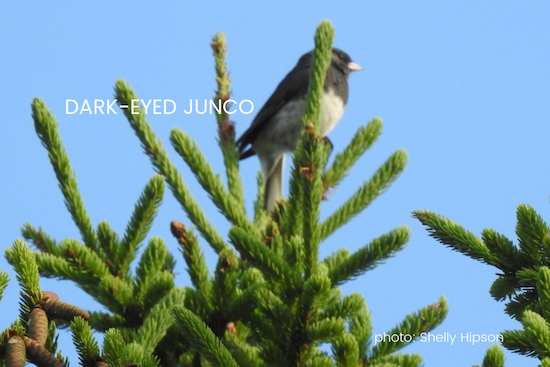 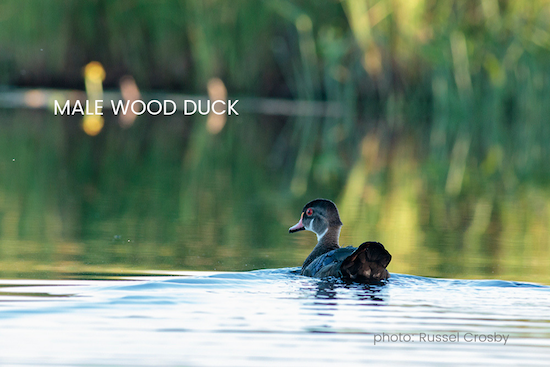 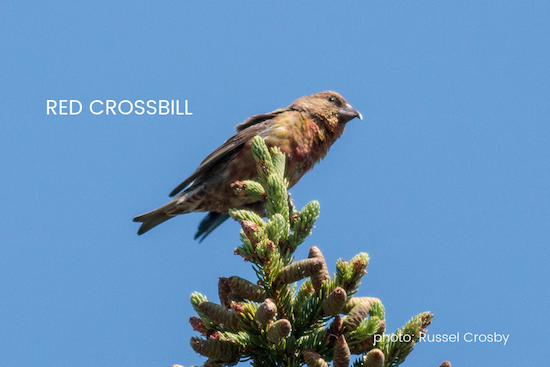 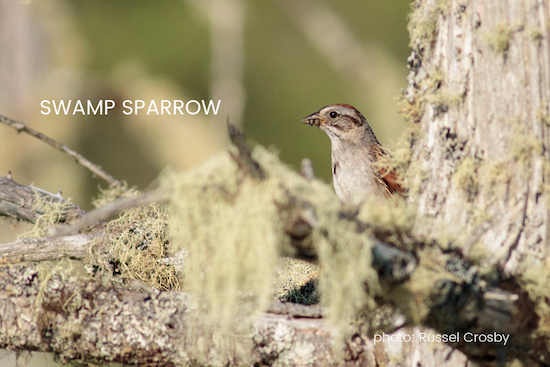 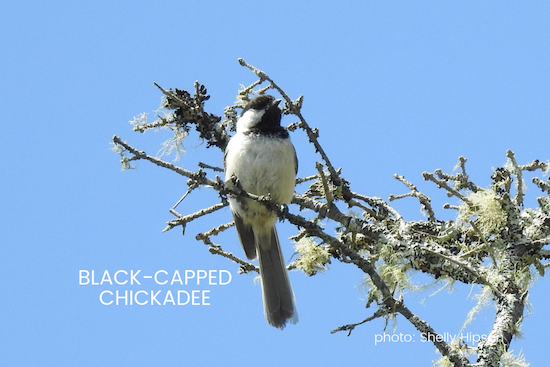 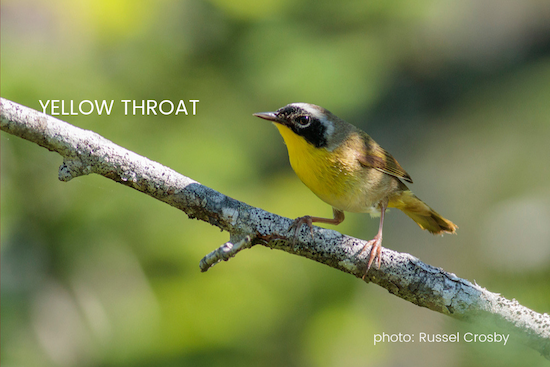