Human activities have a profound effect on the environment. It is no secret that climate change, airborne pollution, the melting of the ice caps, plastic waste in the oceans, and various other disasters are advancing at alarming rates due to human operations in natural environments. With that said, plenty is being done to mitigate and reverse this damage; people are finding ways to embrace renewable energy, employ a circular economy model to reduce waste, and preserve wildlife all over the world, to name a few.  (Photo: Berkay Gumustekin)

In Ontario alone, there are a myriad of environmental concerns and triumphs that need to be acknowledged in order to help identify areas of improvement and what more needs to be done. Our province is gifted with timber, minerals, fresh water and a diverse range of species. It should come as no surprise that Ontario has been the hub of development of the country’s densest urban centers, but also many of its most exploitative industries. To kick off our series on urbanization and its impact on the environment, we are going to look at human-environment interactions in Ontario, in the realms of water, biodiversity, and air.

Water: The role of the elixir of life in Ontario

The Great Lakes are the largest source of fresh water on the planet, and with Ontario bordering all but one, it follows that there is no shortage of water in our province. However, with this abundance, as is often the case in human history, comes irresponsible and gluttonous behaviour from Ontario residents and industries.

According to a Government of Ontario website, the Great Lakes basin economy is one of the top five largest economies in the world. Nearly 75% of Canada’s manufacturing, approximately 80% of Ontario’s power, and up to 95% of the province’s agriculture depend on the Great Lakes and their surrounding environments. Our province’s energy, agriculture, and industrial sectors were all built around this plentiful resource. Unfortunately, water scarcity is rampant in many areas around the world, and while Ontario isn’t one of them, it can be expected that this essential resource will begin to draw the attention of more aquatically-troubled regions.

Fortunately, while many of you have undoubtedly heard of the severe threats to aquatic ecosystems such as plastic waste and microplastics affecting aquatic wildlife, toxic waste dumping poisoning water reserves, and acid rain decimating life in rivers and lakes, Ontario plays host to many preservation initiatives to ameliorate the situation. There exist government-led endeavours such as the Great Lakes Protection act and the Clean Water act, as well as several public programs aimed at developing Source Protection Plans. All of these focus on protecting the quality of water in the Great Lakes and all of its inhabitants. Additionally, Ontario has nearly eliminated acid rain by drastically reducing its air pollution through the closing of all coal-fired power plants (more on that later). 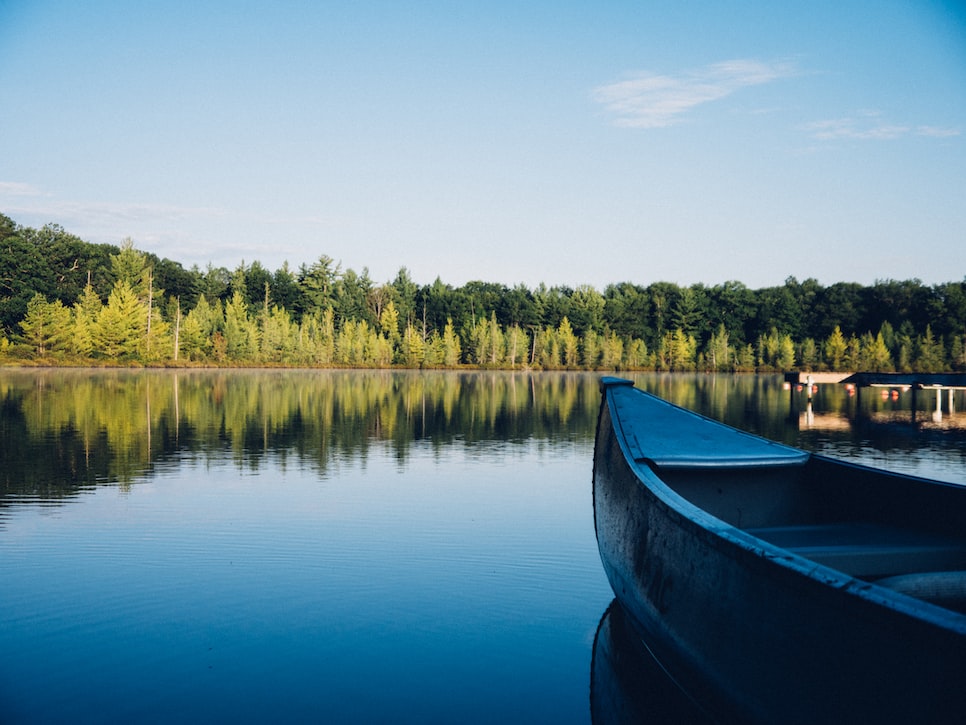 Biodiversity: Ontario thrives at the expense of flora and fauna

There are over 3,500 species inhabiting the Great Lakes basin, including over 170 species of fish. On top of this, it is an important stop on the migratory route of many others.

It is widely held that the biggest threat to animal life is human interference, be it in the form of climate change, habitat loss, human encroachment and over-hunting/poaching. With Ontario’s strict regulations on hunting, the latter has a less significant impact on provincial wildlife. However, the first three do pose large threats to biodiversity here in Ontario.

Habitat loss frequently occurs at the behest of businesses. A shining example of this is the constant push from oil companies to lay down pipelines across Canada, fragmenting forests and robbing animals of their homes. To bring this a little closer to home, the “Ring of Fire”, a newly discovered chromite deposit in Northern Ontario, will potentially attract more invasive development on until-recently untouched and wild landscapes. While the mining industry has existed and thrived in Ontario for over a century, it poses similar risks to the environment as the oil industry in that its advance involves the irreversible destruction of natural habitats for the extraction of a finite resource.

Industrial development in the North is complimented by urban development and growing human populations in the South. In this series about urbanization, we would be remiss not to explore the impact that city growth has on biodiversity. Often overlooked is the fact that expanding city lines impact wildlife in much the same way that mines do: by removing animals’ habitats. Additionally, cities bring with them a slew of other threats, including all the pollution, waste, and reckless behaviour that humans are known for.

Advocate organizations have lobbied for increased wildlife protection in Ontario, and the government has shown willingness to act with legislation to conserve biodiversity in the province. Examples include the Crown Forest Sustainability Act of 1994, the Provincial Parks and Conservation Reserves Act of 2006, the Endangered Species Act of 2007, and the Far North Act of 2010. However, with over 200 animal and plant species currently at risk in Ontario, there is still a lot of work that needs to be done with respect to preserving our province’s exceptionally diverse wildlife. 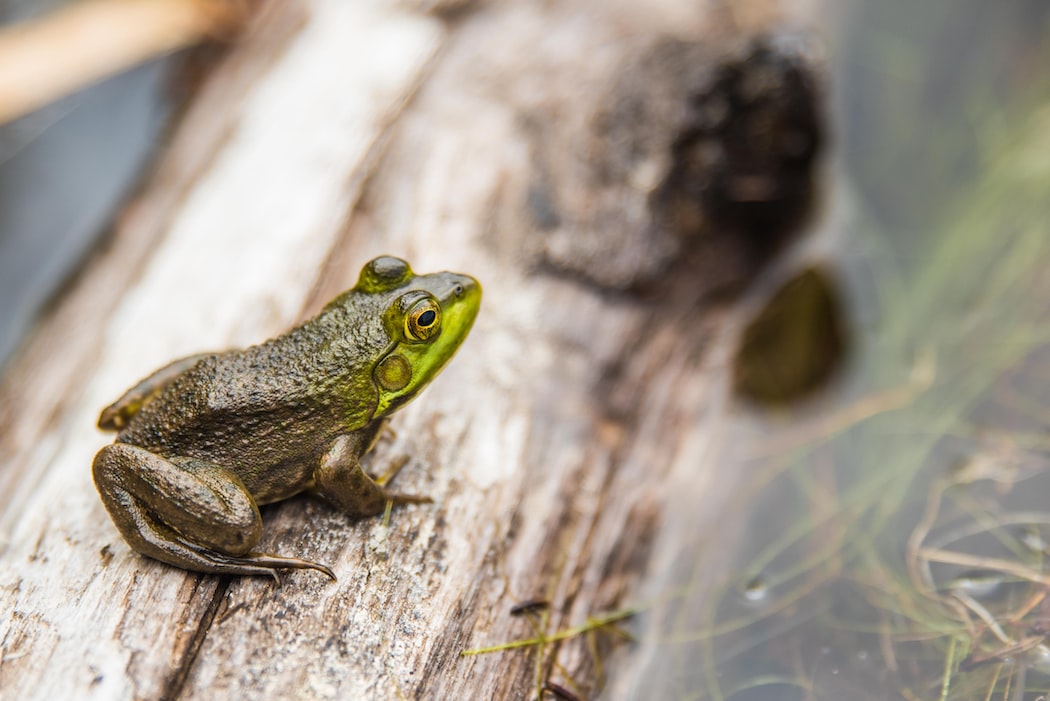 On the other hand, Ontarians can be proud of their improvements with regards to impacts on the air. Reducing the human impact on air is one of the most difficult realms of sustainability because air is considered a “public good,” meaning that it benefits all of the public and cannot be privatized or said to reside within any given jurisdiction. The public nature of air also means that its quality is impacted by external parties. So, airborne pollutants from neighbouring regions such as Quebec, Manitoba, and New York may well find their way into the air in Ontario.

Considering this, coupled with Ontario’s history of deforestation for lumber, intense industrialization, and pollution from mines and urban development, it’s no wonder that Ontario has poor air quality. At least, that was the case up until 2014; prior to this, Ontario’s electrical grid owed a large portion of its energy to coal-fired generation. However, once health consequences were linked to smog and poor air quality, the province of Ontario, the Independent Electricity System Operator and Ontario Power Generation, after heavy lobbying by environmentalist and public health groups, took to shutting down all of the province’s coal-fired power plants. To this day, it remains the largest single carbon emissions reduction effort in North America. Ontario’s energy mix is now essentially carbon-free, and thus the air quality in the province has improved dramatically. 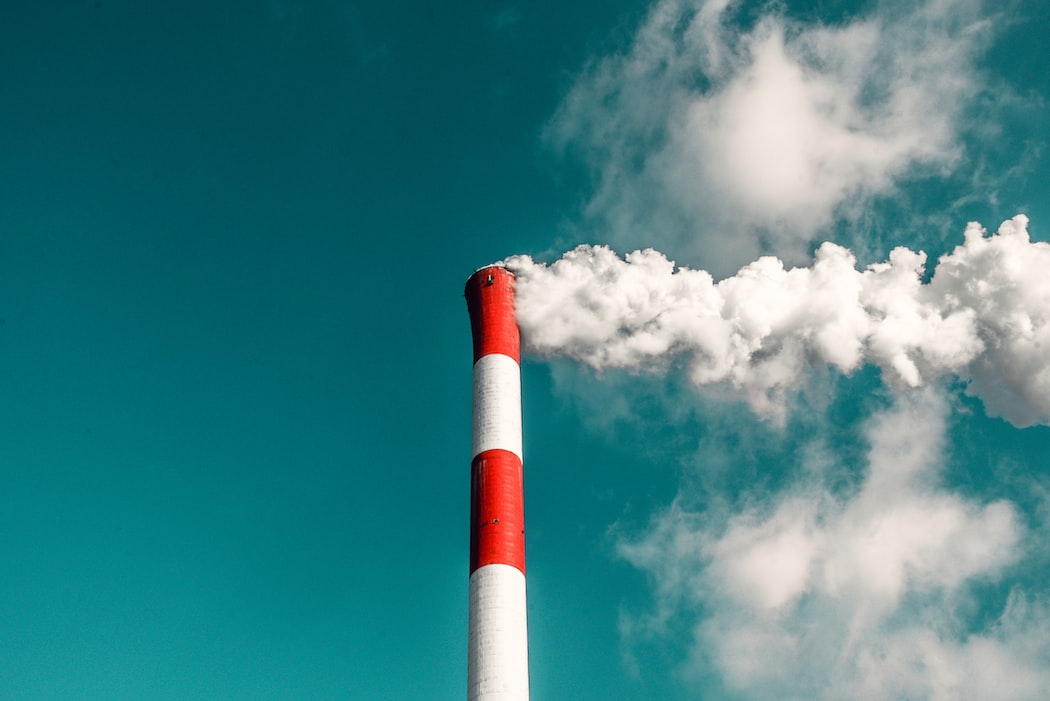 Ontarians and the environment: in sync or at odds?

We have explored how Ontarians have historically interacted with their lush environment. From a past riddled with natural resource exploitation and pollution to a present with less direct challenges including urban expansion and waste accumulation, Ontario has time and again shown that it wants to preserve the environment upon which it so desperately relies. Putting legislation in place to preserve at-risk species and ecosystems, advocating for reforming human behaviour by reducing waste and carefully planning urban development, and going so far as to close down an entire branch of energy generation are all encouraging examples of how Ontario has moved forward with environmental conservation. However, deep economic and political systems changes will be needed to sustainably decouple our province’s continued flourishing from its dependence on natural resources and ecologically harmful practices. Whether or not Ontarians are willing to accept the trade-offs involved with a more symbiotic human-environment relationship is yet to be seen.