Ozone: How does it impact you? Have you ever experienced “smog” or haze during the summer? This is due to a range of air pollutants in the lower atmosphere layer, the troposphere. Air pollutant is an umbrella term for any contaminant that impacts air quality. One of these air pollutants is Ozone, which is present in both the upper and lower layers of the atmosphere. In the upper layer of the atmosphere, the stratosphere, the ozone is naturally formed through the reaction between oxygen and solar ultraviolet radiation, this is commonly known as the Ozone layer. In comparison, Ozone in the troposphere – sometimes referred to as ground-level ozone –  is an odourless and colourless gas. Ozone is formed by reactions between other air pollutants such as nitrogen oxides (NOx) and volatile organic compounds (VOC). When heat or sunlight is added to these reactions (like during the summer months), there is an increase in ozone concentrations.

In the last few decades, there has been an increase in ozone concentrations due to human activities, including the combustion of fossil fuels from cars, power plants, industrial processes and even home heating products. In urban areas, there is an increase in ozone concentrations due to the “heat island effect”. This refers to the increase of heat in a highly-populated area due to heat released from cars and industrial activities3. During a heat wave of summer 2019, temperatures in Ottawa had risen to new heights. Using satellite imagery, temperatures recorded from the heat wave showed that near the Ottawa river temperatures were around 15 C while in areas of the city with less vegetation and water, temperatures varied between 36 and 38 C. These areas had buildings with flat roofs, huge parking lots, and no greenery (which can help absorb some of the heat). As cities become more industrialised and less green, temperatures will continue to rise.  Globally, the daily peak of the ozone concentrations happen during the daytime when there are high values of solar radiation and high concentrations of ozone contributors, VOC and NOx3. This pattern can be seen in Canada, where the average temperature has risen by 1.7℃, signalling higher levels of ozone concentrations4.

You are probably asking yourself how this is relevant to my portrayal of Ozone as a villain in the story of air pollution, however this connection is the key. As climate change continues and global air temperatures continue to rise, this will increase the concentration of ground level ozone, directly impacting the air we breathe. For example, areas downwind from industrial areas or areas with high levels of nitrogen oxides (NOx) and volatile organic compounds (VOC), can experience high levels of ozone in the afternoon and the evening, even when the sun is not at its peak. Ultimately, contributors of climate change and fossil fuel consumption can impact Ozone, which will then impact air quality, and negatively affect our health. As we continue to enable and contribute to climate change, we are directly impacting our own quality of life by forever changing the quality of the air we breathe. 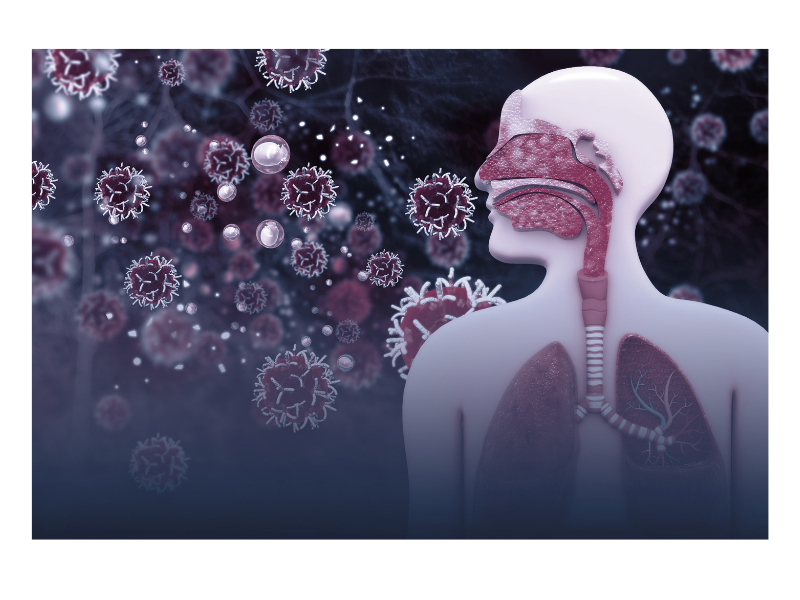 Additionally, once we breathe in pollutants, ozone causes a handful of health problems including issues in the respiratory system. Ozone damages the blood/air barrier in the lungs causing inflammation and impairing their function This can be compared to a “sunburn” on the lungs. This can result in a range of symptoms, including coughing or wheezing, chest pain, shortness of breath, and asthma attacks. These effects are especially salient in people with preexisting conditions, such as diseases that target the lungs.. In the worst-case scenario, it can cause death2.

There are lots of ways that you can reduce ozone exposure. Ozone levels reach their peak in the afternoon, so it is recommended to use an air conditioner instead of opening the windows during the summers. As well, you can avoid using ozone generators. These are often sold as indoor air cleaners, however, they release a high level of ozone and other dangerous chemicals. Some daily changes that reduce ozone are using public transport or carpooling, combining errands to reduce the number of trips, and limiting engine idling.

In a world where wearing masks has been a common reality due to COVID, taking deep breaths of fresh air seems foreign. With increasing levels of air pollution, this can become a reality. Ground-level ozone continues to increase with the increase in global temperatures. As the world around us continues to change, it is important to stay up-to-date with air quality issues and find ways to reduce your contribution to air pollution. The Breathe Easy project is tracking air pollution across Ottawa and informing the public about the links between our health and air pollution. This project is a great resource to better understand how air quality impacts us all. I challenge you to make eco-friendly choices and change your habits to be more intentional about how it impacts the world around you.