Watch for Wildlife (W4W) NS is a wildlife vehicle collision prevention program that encourages and enables Nova Scotians and visitors to the province to drive with an awareness of wildlife on roads, and do what they can to prevent collisions with wildlife. Watch for Wildlife is a voice for wildlife vehicle conflict prevention in Nova Scotia, and we will work to raise awareness of the impacts of vehicle collisions on wildlife, people, the economy and insurance costs.

Watch for Wildlife is supported by the NS Department of Transportation and Infrastructure Renewal, Road Safety Division and with input from the Department of Natural Resources (Wildlife Division), the Cobequid Wildlife Rehabilitation Centre and Hope for Wildlife. Watch for Wildlife is a program of the Sierra Club Canada Foundation with funding from the Animal Welfare Foundation of Canada, Lush Charity Pot and promotional support from MBlem Design, Helping Nature Heal, Adopt A Highway NS, CarShare Atlantic and others. 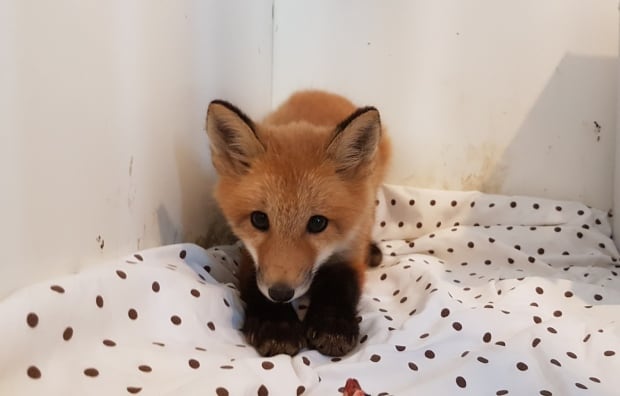 A Famous Fox is remembered and honoured by Watch for Wildlife

Ian Murray is kindly letting us use his award winning image of 'Mom' and kit for Watch for Widlife collision prevention awareness. Ian is a photographer from Wallace, NS. Mom (who was actually a dad) was killed by a car (story below, by CBC). Mom is the new face of wildlife vehicle collsion prevention in Nova Scotia. In memory of 'Mom', we will try harder to reduce their injury and deaths on our roads.

Watch for Wildlife Nova Scotia has joined a large and growing family of programs around the world working to reduce wildlife vehicle collisions on our roads. In California, we have the California Roadkill Observation System (http://wildlifecrossing.net/california), which we started in 2009 to give us a way to record wildlife carcasses on roads and highways. We collect the wildlife data to improve the way we manage human activities, like traffic and roads. We followed this with a system for Maine (http://wildlifecrossing.net/maine) which has similar approaches, with more widgets and buttons like transect monitoring and the ability to record “no wildlife” observations.

The perils of sharing our roadways

In the early fall of last year, while driving home down the Bedford Highway, I saw something which I never quite forgot. The vehicles on the road ahead of me were merging into the opposite lane to avoid some obstacle ahead and I followed suit, not laying eyes on the tragic scene until I was nearly alongside. It was a cat, the lower half of its body crushed by the unforgiving treads of a fellow motorist, and it was alive, flailing and writhing with agony beyond my comprehension.

The sight of such useless and unnecessary suffering bothered me a long time and the part which bothers me still is that I kept driving. I and everyone else gave this poor creature space when it needed it least, instead of pulling over and doing something. I think most of us felt helpless in the face of such pain, unsure of what to do and thus embracing inaction.

My wish for Father’s Day is that more people start thinking about and acting like my dad does when it comes to wild animals hit by vehicles. Wildlife deserves our attentiveness while driving and our respect and decency when they are the casualties of collisions. Join Watch for Wildlife at the Lush store in Dartmouth this Saturday!

Please join us this Saturday, July 21st, anytime between noon-4pm, as Watch for Wildlife NS and Lush Mic Mac Mall in Dartmouth host an Awareness Day about preventing vehicle-...

Watch for Wildlife - Letters from you

This blog compiles comments from a number of the letters we've received over the last two years. Letter writers emphasize the need to raise awareness about wildlife vehicle...