The Thundering Water Forest is a 500 acre woodland on the Welland River in Niagara Falls. For over two years, a struggle has been taking place between the Haudenosaunee First Nations and GR (CAN) Investment Co. Ltd., an investor for massive commercial and real estate development in Niagara Falls. 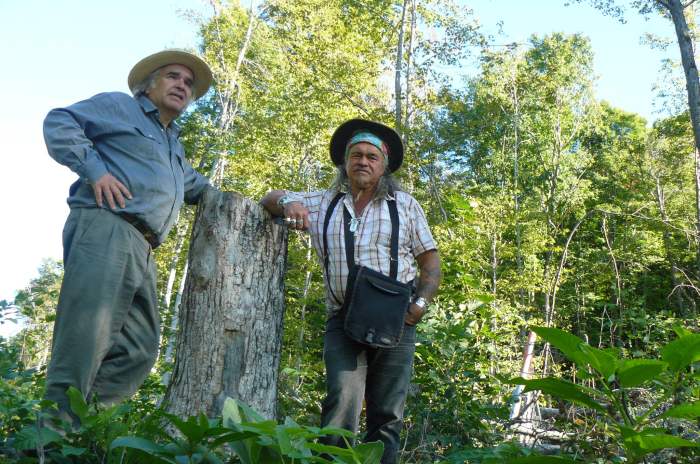 Prominent in this struggle are the Dockstaders, a longstanding family of the Oneida Bear Clan. A member of this family, Karl Dockstader, has been involved in this struggle in various ways, notably by writing a tribute to the "Thunder Oak," a tree that has been present since the signing of the Treaty of Niagara in 1764.

Despite being home to various threatened native species, the Thundering Waters Forest has seen large amounts of trash dumping along its edges. This provided the basis for the rationale of developers and politicians who call for its destruction. On the other hand, remediation is difficult on account of GR Canada threatening arrest and heavy fines to civilians like Owen Borjen, who had attempted to organize trash clean-ups in the area.

Unphased by this, the Dockstaders asserted their native sovereignty by going ahead with their cleanup nevertheless. A vernal pool, identified as Wetland Number Five, containing polypods of the endangered Jefferson Salamander was plagued with toxins originating from dumped tires. Removal of the tires, a feat aided by ecologist Adrian Williams, can be seen as an act of defiance against corporate entities like GR Canada in the name of native sovereignty.

On the May 8th, 2018, assembly of the Niagara Falls City Council, the struggle finally came to a happy end. In speeches to the Council, the Dockstaders emphasized that that the Thundering Waters was not only important ecologically, but also spiritually for the joy it brings those blessed to live in its presence, including Sierra Club's very own Dr. John Bacher and one Derek Jones. Jones movingly recounted the comfort and solace that the Thundering Waters brought him in critical periods for his family. Meanwhile, Dr. Bacher described the profound effect camping in the forest had on him in times of stress and depression.

Karl Dockstader has emphasized that these places, despite not being designated as Environmental Conservation Areas, “are host to pollinator meadows that include important plants such as the dense blazing star and milkweed – the only plant that can sustain the monarch butterfly, a species of concern.” Even those areas that don't look stunning to the eye may hold significant ecological roles. Dockstader recalled a case wherein "cultural thickets" mocked by consultants turned out to be "hawthorn savannas," a crucial refuge for the endangered Barn Swallow.

Further debates arose surrounding the preservation of native hunting, harvesting, and fishing rights. The issue of "biodiversity offsetting" was also brought up along with the case surrounding Green Ash killed by Emerald Ash Boer and buckthorn. The concept of destroying forested wetlands to be recreated was strongly opposed by Danny Beaton, a Mohawk of the Turtle Clan. Following his protest, wetland offsetting was subsequently rejected by the provincial government.

"The Haudenosaunee have struggled to defend the natural heritage protected by the treaties that were blessed by the shade of the Thunder Oak. Let us hope their wisdom prevails in future land use planning battles by the Local Planning Appeals Tribunal (LPAT) now that Niagara Falls City Council has approved the Riverfront development." 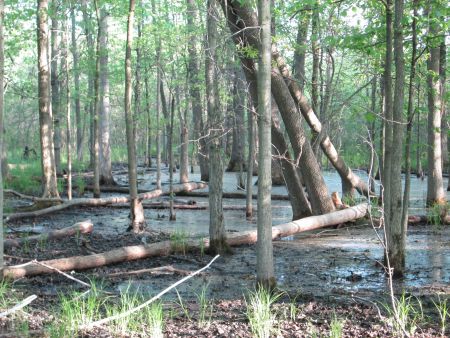