As we have discussed so far, human beings have a profound impact on the environment. Throughout history, in different capacities, we have affected our natural surroundings in changing ways as technology evolved. As the world continues to become more urbanized, city-specific issues are some of the hot-button topics of the moment. (Photo: Ryan Searle)

So far, this blog series has consisted of informational content, which we hope has provided a thorough overview and background of the issues we’ve been discussing. Now, it’s time to introduce small steps that Ontarians can take to hopefully inspire big changes within the province. The next three articles in this blog series will discuss different ways people can reduce their footprint on the environment. This article is going to focus on the ways that city-dwellers can reduce their footprint on the city, and we hope you’ll be able to take away some tips to implement in your daily life. We’re going to be focusing on transportation: specifically, reasons to give up cars and switch to public transport, or even walking and biking!

Here in Toronto, just as in other big cities, we are fortunate enough to have plenty of walkable neighbourhoods*, as well as a reliable public transport system. The Toronto Transit Commission (TTC) is the third most utilized urban mass transit system in North America, with the number of daily passengers upwards of 2.75 million passengers, across buses, streetcars, and subway. There are many routes across the different forms of transportation, which means that for the most part, getting from Point A to Point B can be done without a car. With just under 50% of Torontonians using the TTC either every day (23%) or a few times each week (25%), this amounts to millions of people who have helped add a little less carbon dioxide to our atmosphere.

For those living in cities, choosing transportation other than cars can have substantial financial benefits, as well as environmental. When you add up costs such as the car’s capital cost, gas, insurance, maintenance, as well as astronomical city parking costs, you can end up with a figure totaling hundreds of dollars per month. In contrast, the cost of a monthly pass seems like a bargain!

By taking things one step further, you can also choose modes of active transportation such as walking or biking! Of course, this is dependent on many factors, such as weather, distance, and one’s physical ability to do so, but under the right circumstances, this is a great way to get your daily recommended exercise, not to mention some fresh air. Sharing the road with vehicles might seem daunting, but many cities have implemented designated bike lanes in the interests of upping the safety factor for those who choose to bike. Taking after examples set by such cities as Copenhagen, Barcelona, and Montreal (very cyclist-friendly locales), Toronto has already begun implementing programs designed to make streets friendlier to pedestrians and cyclists.

The King Street Transit Pilot Program in Toronto is a good example of cities encouraging public transport over cars. Launched in November 2017, the project “aims to improve transit reliability, speed, and capacity by giving priority to streetcars over private vehicles.” By aiming to integrate active transport into the city’s infrastructure, this program has yielded tangible benefits to Torontonians, both in the form of safer commute options for pedestrians and cyclists, as well as shorter commute times for those utilizing streetcars. 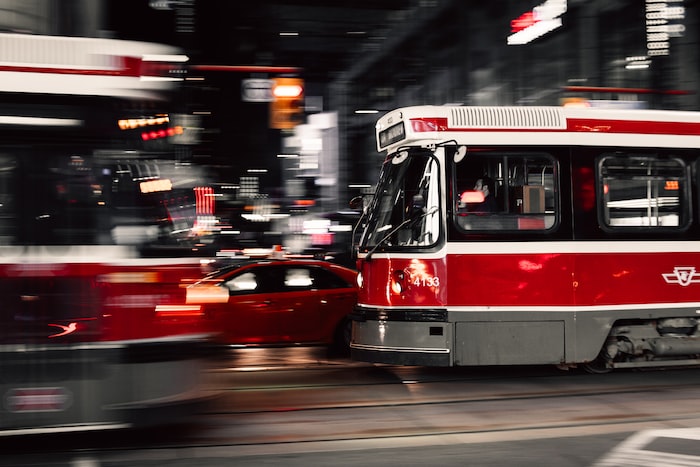 Urban areas are generally spatially compact, but this changes significantly for people in the suburbs, or those in more rural areas. They therefore do not have access to the same sorts of amenities, which understandably accounts for the prevalence of “car culture” outside big cities, especially those who have to commute into the city.

In these cases, one simple way to reduce your footprint is to carpool. By finding friends, family, or coworkers who are headed the same direction as you, you can reduce your environmental footprint, and even have someone to chat with during your commute! Reducing the number of single-occupancy vehicles (vehicles designed for multiple passengers to use, but are only transporting one passenger during a given ride), and making the shift to high-occupancy vehicles (vehicles transporting two or more passengers during a given ride) is a small step that we can take. In the same vein, car sharing services such as Uber and Lyft are beginning to expand outside of urban hotspots as well, giving yet another carpool option to residents of rural and suburban areas.

Though we cannot deny the utility of cars, we also cannot deny the negative environmental impacts that they come with. Burning one gallon of gas creates 20 pounds of carbon dioxide, and the average car emits about six tons of carbon dioxide every year. By making the shift ourselves, and encouraging our fellow city-dwellers to make the shift to more environmentally friendly transportation methods, such as public transport, walking or biking, we can all do our part to help protect our planet**. Stay tuned for our next blog post, where we’ll be talking about another well-known way to reduce your environmental footprint – recycling! 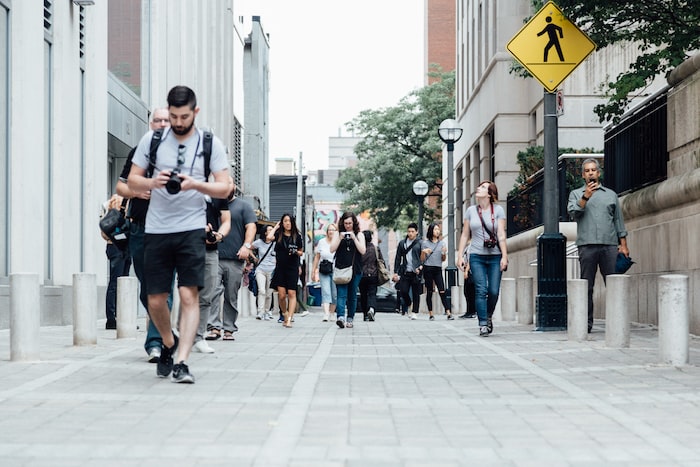 *Walkability is a measure of how friendly an area is to walking. Areas with higher walkability scores are associated with health, environmental, and economic benefits. To find out the walkability of your area, input your address into https://www.redfin.ca/how-walk-score-works. The higher your score, the more walkable your area is!

**Sierra Club Canada also wants to encourage everyone to go car-free as often as possible. September 22 is the International Car Free Day. Interested in hosting your very own Car Free Day event with our help? Contact us at ontariochapter@sierraclub.ca to find out more!