Breathing is easier “beyond coal.”

Yet this year, the hottest summer in recorded history, there has been just one smog alert in Toronto and one in Peterborough.

In large part we have the closure of the coal-powered generating plants to thank for this major improvement.  Not withstanding the political and spending issues involved in their closure, we are all now breathing cleaner air in Southern Ontario with significant health benefits.  These health benefits have in turn led to a $4.4 billion in savings annually in health care expenses. (“Higher electricity rate kick in for Ontario,” The Toronto Sun, May 01, 2016.)

That's why we are fighting for Nova Scotia to shut down its exisitng coal plants and play its part in Canada's national commitment to phase out coal.

Phasing out coal in Ontario has set the standard for all of North America.  The benefits are clear and immediate.  We now need to move beyond coal and phase out coal burning and coal production in Canada, in North America and worldwide. “Beyond Coal” is one of the key program initiatives of our American counterpart, the U.S. Sierra Club.  For the health of citizens and the temperature of the planet, we need to keep coal in the ground.

The Sierra Club in Canada played a pivotal role in the achievement in Ontario. It took the Sierra Club to move the acid rain struggle to go beyond Ontario politics and take advantage of the bi-national tools that were available. This created the opportunity that resulted in the creation of the OntAIRio Campaign (you can read Dan McDermott’s historical overview here.)

So much of these advances could be undone within the next few weeks when Trump takes the oath of office. With the catastrophic appointments he is making to his cabinet, we know he is well on his way to rapidly reversing legislation that protects our planet. And with that, he intends to resuscitate a dying, choking coal industry.

You and I are going to need to fight this. The environment has no borders. We really do share the same air – with our friends to the south, and with the entire world. We are here to stand in solidarity with all those who have successfully fought coal plants in the United States and will continue to do so.

We need to lead by example, firm up our existing commitments (come on, Nova Scotia!), and always remind ourselves that getting off coal has made every breath we take safer and cleaner.

We're counting on you to support our green energy initiatives as we work to move beyond coal, oil and natural gas toward a sustainable future. 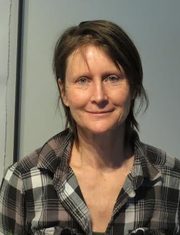 Every donation - large or small - helps us protect, preserve and restore a healthy planet. Please support us today!